Accuracy describes how close the predicted values are to the actual laboratory reference values.  Precision defines how reproducible predictions are either in consecutive measurements or when different analysts perform the measurements. In validation of any chemometric method, the use of independent samples is essential. Testing with independent samples eliminates the possibility of overfitting the calibration set data. Furthermore the independent samples should challenge the model in question by presenting real-world variation to the model. The accuracy of the PLS models for sirolimus, PEVA and PBMA were tested with a set of independent production samples. The results are shown in Table 1.

Table 1: Validation results for PLS methods. Note the laboratory value of sirolimus was found by HPLC and the polymer values were by gravimetric methods.

Accuracy as expressed as a percent different between the lab and the PLS prediction values was less than 4% for all three components. The standard deviation (SD) values in Table 1 are a measure of the precision of the drug and polymer PLS methods. We note that the PLS models were found to be more accurate than the simpler univariate models. This was even true in the cases of sirolimus, where a very strong peak associated with drug could be used for the univariate calibration. The sum of all predictions for the drug, PEVA and PBMA ranged from 99.1 to 100.8%. This result demonstrates that PLS methods also exhibited mass balance. 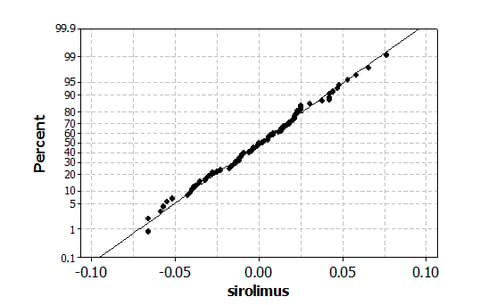 Figure 1: Normal probability plot of the residuals for the sirolimus calibration curve. 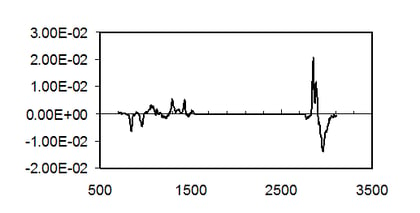 Figure 2: Regression coefficient for PEVA.The x-axis is Raman shift in units of (cm-1).

The range of a chemometric method is determined by the range of the calibration samples.  The range of values for the polymer and drug models is described in the previous article. The robustness of the PLS methods was maintained by using models with only  a modest number of factors. Robustness of a model based on Raman spectroscopy can also be tested by changing the sample position for a homogenous sample or by making a small change to the laser intensity.

In summary this article discusses the validation of PLS methods for drug, PEVA and PBMA as determined by Raman spectroscopy. The validation of any method is essential in order to understand the performance of the method.

The next article in this series will discuss quantitative predictions of drug and polymer spatial distributions using confocal Raman spectroscopy.