In this study an overview of inspection methods, from sample preparation to compound analysis, for certain aromatic amines derived from azo colorants is described. 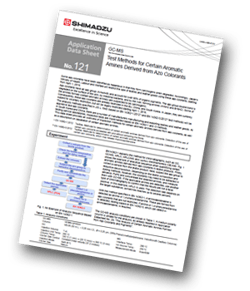 Azo colorants are the most commonly used group of dyes in the textile industry. However, the reductive cleavage of the azo group in these colorants, by bacterial biotransformation, can release certain mutagenic and carcinogenic aromatic amines with high dermal absorption. The toxicity of the aromatic amines is dependent on the generation of reactive intermediate hydroxyalamine which can cause DNA and protein damage. Due to its major implications on public health, national regulatory bodies such as the European Commission has banned the use of azo colorants (Annex XVII of the REACH regulation; No, 1907/2006). Along with the ban, inspection methods (EN ISO 14362-1) have been developed to maintain surveillance for azo colorants in the textile industry. 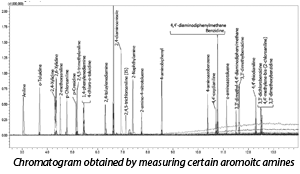